To
Whomsoever it may concern
Hi
This is to bring to ur notice that i had ordered phew medicine’s from fortis pharmacy from defence colony new delhi’ phew days back, u could see the billing to double check, however in my oder i had placed to jars of softavoc out of which one box was already opened and used.

I immediately called the defence colony store to raise an alarm in order to change the particular artical, & was told in my next purchase they would replace it & now i had called a fresh oder & they said we can’t do it & rather would not do it, pls see u cctv footing at the store, on calling today this man tells me that do what the hell u want to etc i don’t care and i won’t change even i[censored] raise a complaint, i just don’t care.. I honestly don’t know what to do so will raise a complaint on pharmacy sector media etc as i have the phone call recording as well, if this man is not terminated from his position as he doesn’t deserve it, will pit on twitter the sound clip etc if any action is not taken against him & will approach the consumer court for recovery of the med & mental harassment, as mr shiv tells me directly to get lost,
Amit
[protected]
My member ship details are synced with the number
Kindly revert

Sent from my ipad 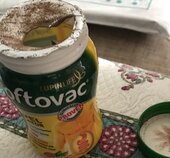